As many of you know, I have this dog who is, well, a bit of a personality. Okay, okay, that's an understatement: he is all personality. And, as usual, he is better known than I am.

Yeah, yeah, I know: I'm surly. So of course people would like a friendly happy dog better. But for once, this is actually not a personality contest. Apparently it is a task oriented contest. And on that, hands down, my dog wins.

Honest to God, cross my heart and hope to die, hands down. Rilke for the W. Always.

This is probably best illustrated, rather than explained. So....

Without further ado, I give you Rilke: 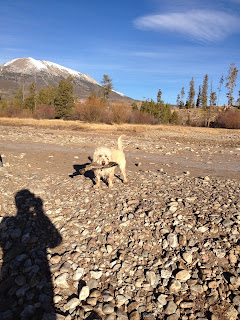 Yes. That is a whole fish. In fact, it's frozen solid. So, not exactly much sport or skill needed, but still. Fish Rilke did, and fish Rilke caught.

And hey, in my book, this is a step up. After all, usually he is all about the bones -- not something that still has flesh still on it. This was thoroughly illustrated in a past post, "Ribs...It's What's for Dinner!" In fact, I usually joke that if there is a bone within a mile, he will find it.

Apparently though, now that we've moved into town, his tastes have gotten a bit more "sophisticated". Well, if one can call beer in a can sophisticated..... 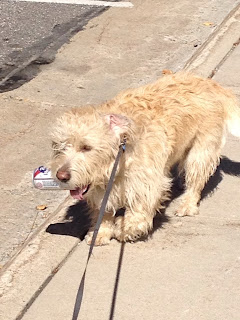 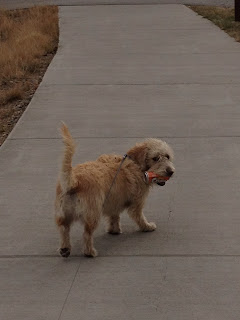 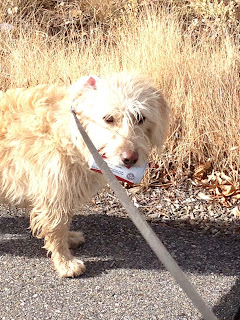 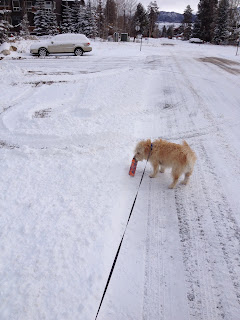 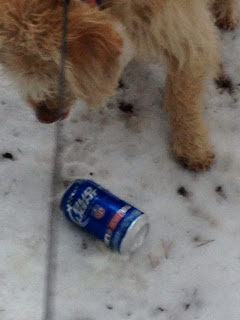 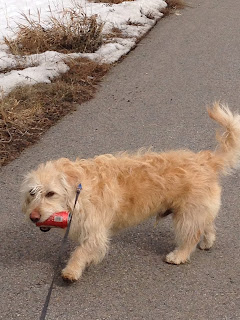 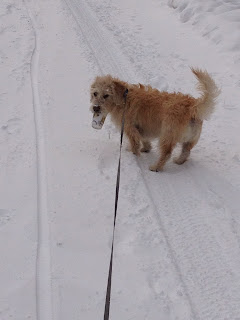 Oooh! Look at that.... Apparently he's so sophisticated these days, he now drinks coffee too.... Sigh. 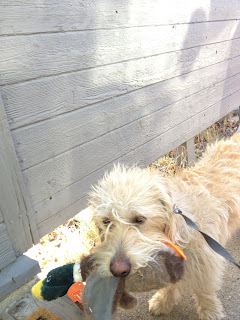 And.... Apparently he has also taken to helping himself to toys.... No, he's no longer stealing them from poor innocent (unknown) children as in the past. As yes, that is a dog toy, a dog toy he found somewhere on one of our walks, and, yes, it actually does still have tags on! 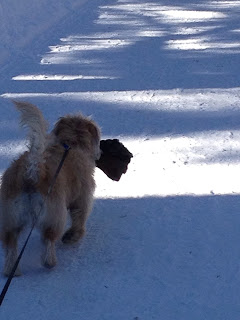 But fear not! "Town life" hasn't changed him completely: He can still find a bone within a mile. And, no, please, do not ask what kind of bone that is. Please.

So yes. My dog is a scavenger. Pure and simple. Okay, maybe he's an alcoholic too. And maybe he's also just a good little citizen.

But you know what? He's also a damn happy dog and doesn't give a damn about a thing! And yes, I envy my dog.... 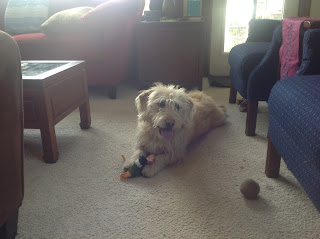